SRMnR once again on Top of the World!

ish Dancing Championships in Glasgow with their most successful ever trophy haul since the school was established in 1970.

Easter week saw thousands of dancers from across the globe descend on Glasgow’s Royal Concert Hall for a week-long feast of Irish dancing from the best in the business. As it’s necessary to qualify through regionals to compete at the event, even just getting there is no mean feat and Mona’s “Red Army” didn’t disappoint.

With 20 qualifiers in solo dancing and 13 Céilí teams competing the school had been hard at work for the previous six months but thankfully the hard work paid off when they brought home 3 World Titles, 6 World ‘Globes’ and 108 medals, cementing the school’s status once more as one of the world’s finest.

The week got off to an amazing start with the u11 Mixed Ceili being crowned World Champions on Palm Sunday. The girls team were pipped by a whisker (just 2.5 points out of a possible 1,000) to take an honourable 2nd place. “It’s our first ever win in a minor céilí” says Mona “and it’s a real testament to the training these young dancers are receiving”.

The 2016 World Champion Alannah Murray (U21) regained her World title in style and our Senior Mixed Céilí were also crowned World Champions, both beating an incredible field of competition from the USA,  Australia, Canada, the UK and around the world.

“We are completely exhausted but beyond thrilled” says Mona “the dancers and teachers at the school work long hours, often late into the night” to be the best they possibly can but it all comes down to the performance on the day. We’re just so blessed that the hard work paid off and they did us all so proud.”

Gareth O’Connor (u17) was narrowly pipped into second place after a fierce competition and the U13 Mixed Ceili took home a 3rd place globe for their stunning two rounds.

Mona’s own grandchildren Katie & Oisin Lennon each excelled in their own age categories. Katie beat almost 200 girls U16 and held on to her world medal, placing 19th and Oisin placing 8th U13– both making Nana Móna incredibly proud in the meantime.

The school also had several dancers earn ‘recall’ medals, which is the honour to dance a third round  as the crème de la crème of the competition. Caoimhe Boyle (U11), Holly McAlevey (U14), Caolán Brogan (U15), Katie McAlevey (u16), Alannah Grant (U17), Olivia Sewell (u19) and Rioghnach Brogan (U20) all came home with recall medals, making their families and their school incredibly proud.

Niamh Muldowney (21)) rounded off the school’s solo week narrowly missing the podium on Easter Saturday – bringing a fabulous 7th place world medal back to her school. “It really was a fantastic week” says Mona. “Many schools dream of bringing one such award home from the World Championships- we are blessed to have a very talented group of dancers in our school who are willing to put the work in and do what it takes to become champions”.

“The standard of Céili competitions at the World this year was phenomenal- they get better year on year and we just have to keep working harder to maintain our own high standards” says Móna. “We had some incredible results and are very proud of these dancers, all of whom make great sacrifices to commit to their teams year on year.”

“We were very proud of our ‘Red Army’ and how well they did in Glasgow” says Mona. “We’re actually quite a small school in the grand scheme of things but we dream big- have done for nearly 50 years! I couldn’t do any of this without the help of my two daughters, Ciara & Dearbhla who have been teaching with me for many years. Their energy, enthusiasm and passion for dancing is what keeps the Red Army marching! We’re blessed too to have some loyal and talented former students join the team in recent months- it’s a wonderful thing to pass my passion for our beautiful artform to the next generation and I’m delighted that the legacy continues.”

Here’s to the year-long celebrations as the globes move into their Dundalk home for the next 12 months! For information on classes see www.monanirodaigh.com 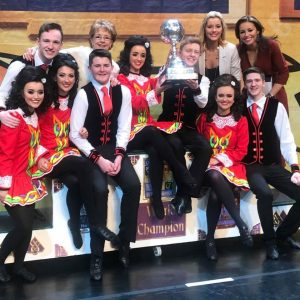 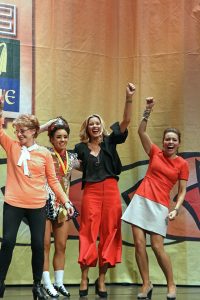 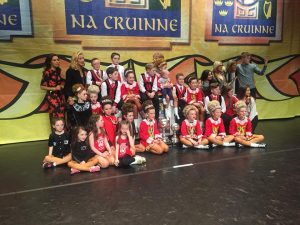